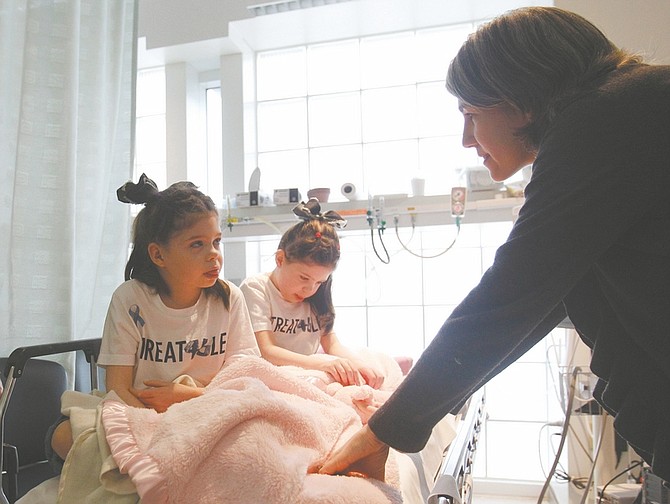 Chris Hempel, at right, comforts her twin daughters Cassidy, 6, center left, and Addison as their grandmother Helen Hempel, at left, looks on at the Children&#039;s Hospital and Research Center in Oakland, Calif., Friday, March 18, 2011. The Hempel twins are receiving alternative treatment for Niemann Pick Type C disease, a rare disorder where harmful amounts of cholesterol accumulates in vital organs. Every other week, 7-year-old twins Addison and Cassidy Hempel have an experimental medicine injected into their spines in hopes of battling a fatal neurologic disease. It&#039;s not a drug company study _ their mother won a government OK for the unusual experiment. (AP Photo/Marcio Jose Sanchez)