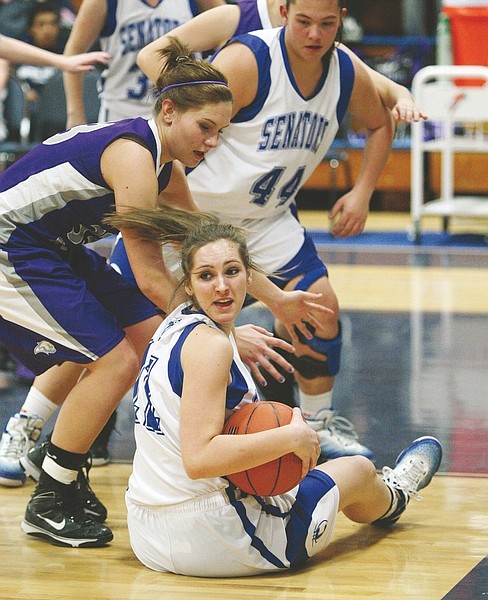 Jim Grant/Nevada AppealCarson&#039;s Jazmyn Stokes grabs a loose ball off the floor in a game against Spanish Springs on Tuesday night.