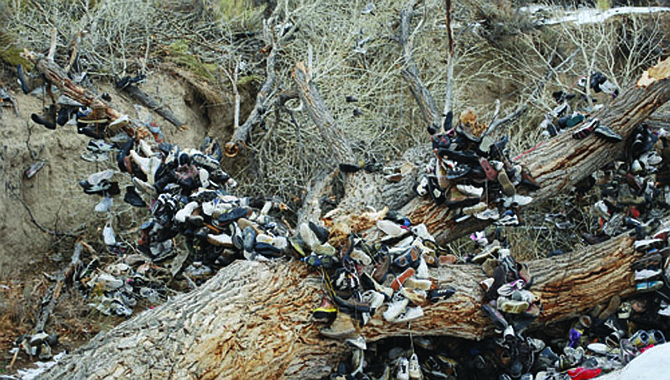 Steve Ranson/Nevada Appeal News ServiceThe landmark cottonwood on the Loneliest Road in America was a popular stopping off point for travelers on U.S. 50. Vandals cut it down sometime between Thursday and Friday last week.