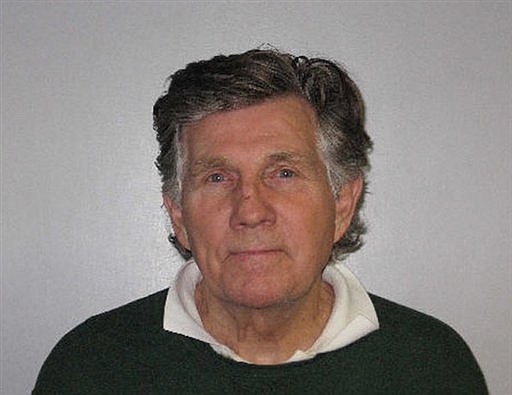 This is a booking mug of television personality Gary Collins of Beverly Hills, Calif., provided by the Biloxi, Miss., Police Department and taken Tuesday, Jan. 4, 2011, after Collins was charged with defrauding an innkeeper of $59.35 after leaving a Biloxi restaurant and refusing to pay the tab. According to Mississippi law, refusing to pay a restaurant bill of more than $25 is a felony. (AP Photo/Biloxi Police Department)