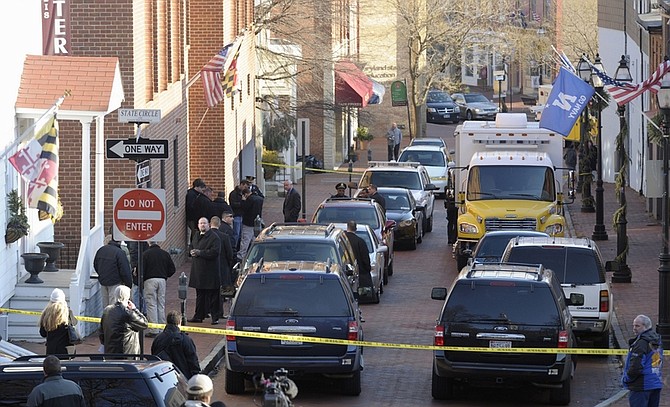 Frances Street in Annapolis, Md., is blocked off as officials investigate a suspicious package in the Jeffery Building, Thursday, Jan. 6, 2011. Two packages sent to state government buildings 20 miles apart released smoke and odors when they were opened Thursday, but no one was seriously injured, officials said. (AP Photo/Susan Walsh)