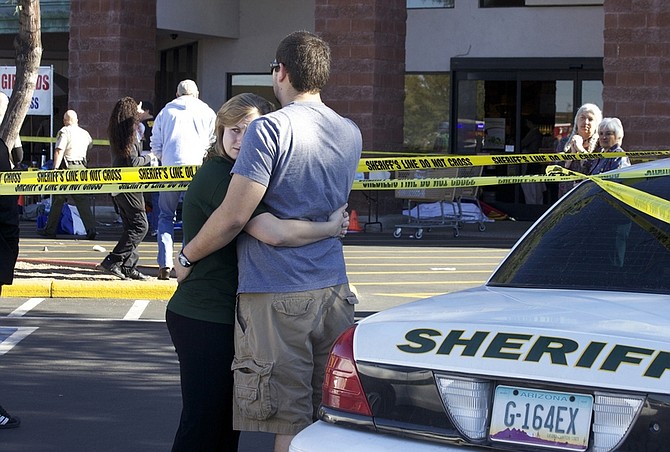 Two people embrace each other at the scene where Rep. Gabrielle Giffords, D-Ariz., and others were shot outside a Safeway grocery store in Tucson, Ariz. on Saturday, Jan. 8, 2011.(AP Photo/James Palka)