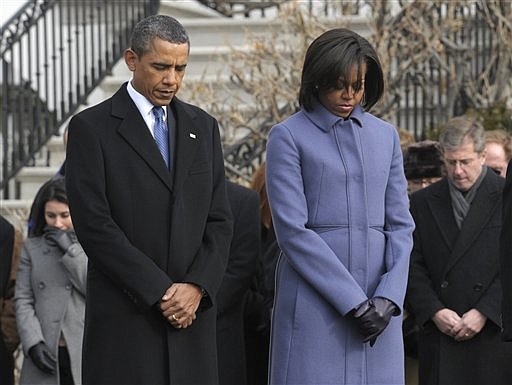 President Barack Obama, first lady Michelle Obama and government employees observe a moment of silence on South Lawn of the White House in Washington, Monday, Jan. 10, 2011, to honor those who were killed and injured in the shooting in Tucson, Ariz. Rep. Gabrielle Giffords, D-Ariz., is in critical condition after being shot in the head. (AP Photo/Susan Walsh)