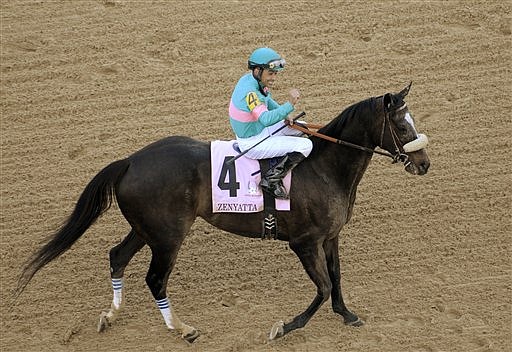 FILE - In this April 9, 2010, file photo, Jockey Mike Smith, aboard Zenyatta, salutes the crowd on the way to the winner&#039;s circle after Zenyatta won the Apple Blossom Invitational horse race at Oaklawn Park in Hot Springs, Ark. Zenyatta won Horse of the Year at the Eclipse Awards on Monday night, Jan. 17, 2011, besting Blame, the only horse ever to beat her on the track. (AP Photo/David Quinn, File)