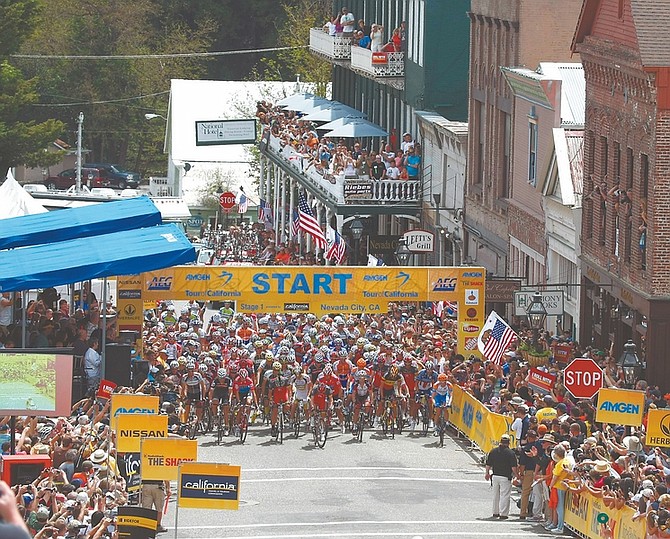 Riders take off at the start of the first stage of the Tour Of California cycling race in Nevada City, Calif., Sunday, May 16, 2010. (AP Photo/Marcio Jose Sanchez)