Light the barbecue and get to know neighbors 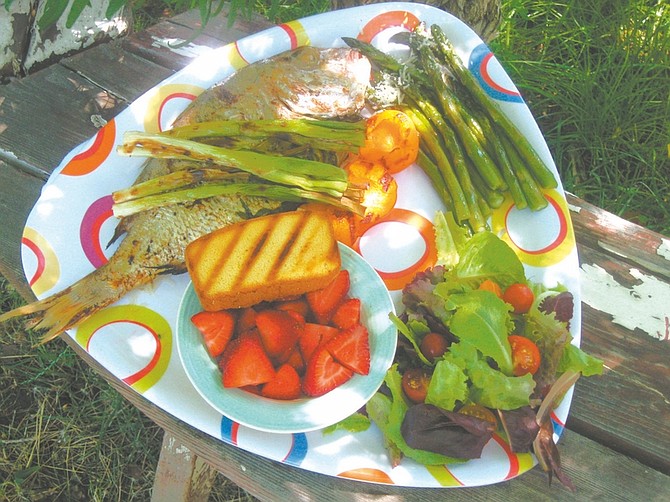 Linda Marrone/For the Nevada AppealNo need to heat up the house when you can heat up the grill. Everything in this delicious and nutritious meal went on the grill, except the strawberries and salad. Everything but the pound cake and lemons were picked up at the farmers market - including the fish - for almost one-stop shopping.