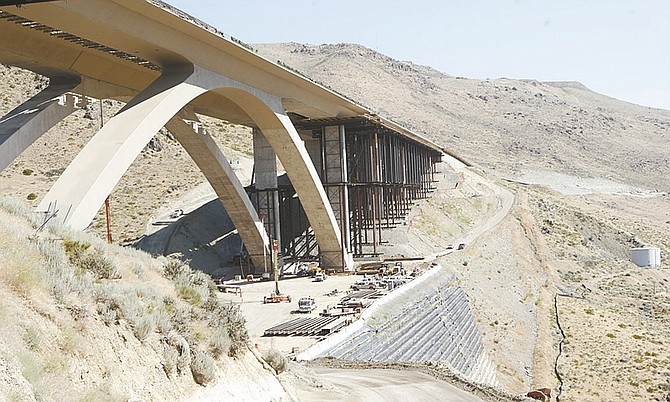 Photos by Shannon Litz/Nevada AppealConstruction continues on the Galena Creek Bridge on Thursday.