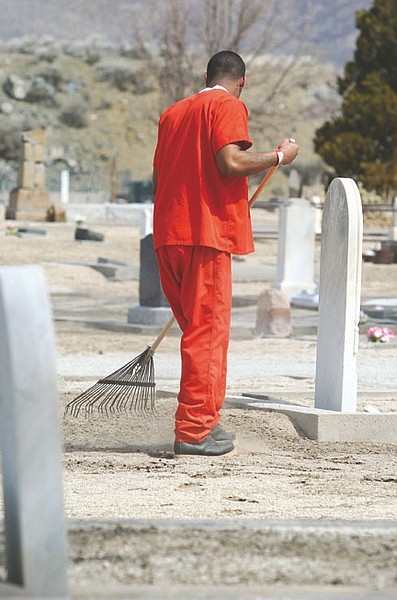 Jim Grant/Nevada AppealParticipating in a work crew, an inmate from the Carson City jail cleans up yard debris Tuesday that could foster weed growth around graves at the Lone Mountain Cemetery.