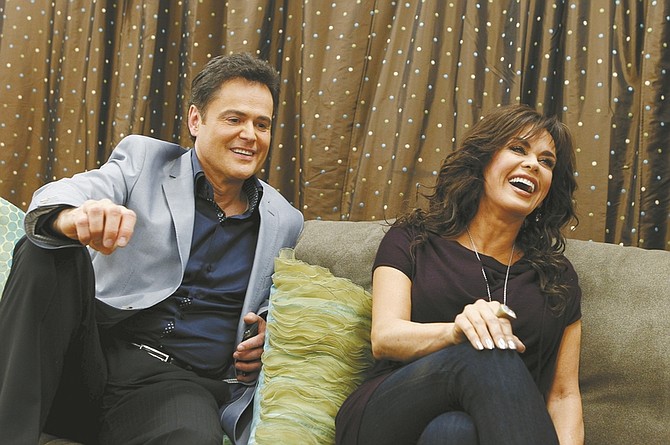 In this photo taken Thursday, April 28, 2011, siblings Donny Osmond, left, and Marie Osmond pose backstage at their show at the Flamingo Hotel and Casino in Las Vegas. (AP Photo/Isaac Brekken)