Math and science are taking flight 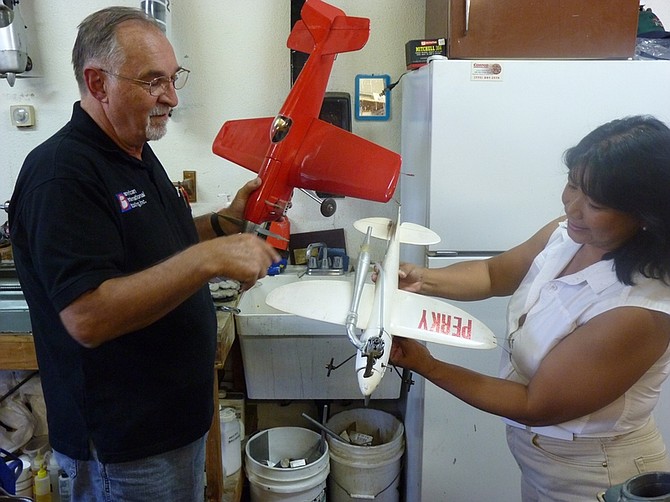 Photos by Teri Vance/Nevada AppealRay English shows some of his model airplanes to Dee Frewert at his Carson City home. English is donating about 23 of his radio controlled airplanes to the Aviation Education Community Event at the Carson City Airport, which Frewert is helping to organize through Space Science for Schools.