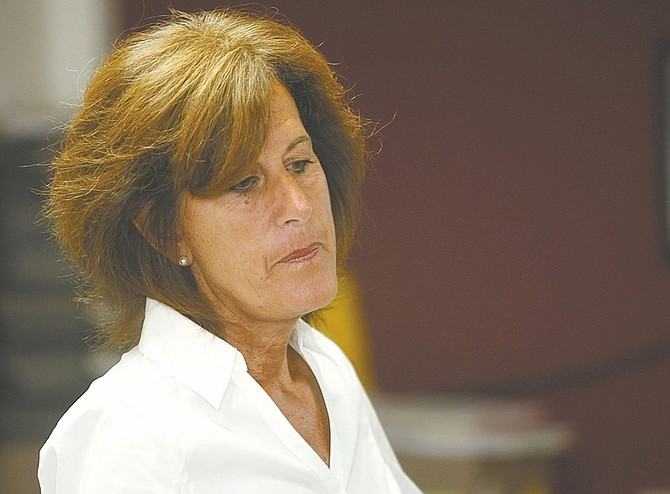 Photos by Shannon Litz/Nevada AppealAnn Silver talks about her experience on Sept. 11 on Thursday at Carson High School.