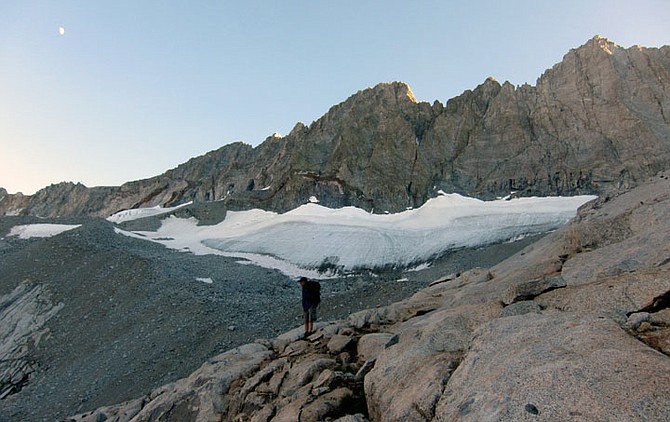 This Friday July 27, 2012 photo shows an unidentified hiker near Norman Clyde Peak, far right. On Monday, July 30, 2012, a search and rescue team was searching for hiker Gary Dankworth a day after he failed to return to camp from a planned climb up the mountain. Authorities said Dankworth, 60, vanished after telling friends he planned to climb the 13,855-foot Sierra Nevada peak by himself. (AP Photo/Brian Melley)