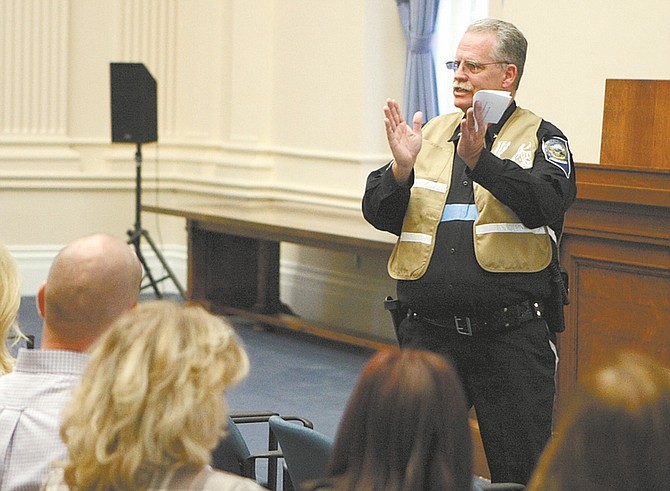 Photos by Shannon Litz / Nevada AppealLeft: Tom Navin, chief of the Capitol Police, talks about the drill at the state Capitol building on Wednesday morning.