One small step ... One giant final leap for traveler 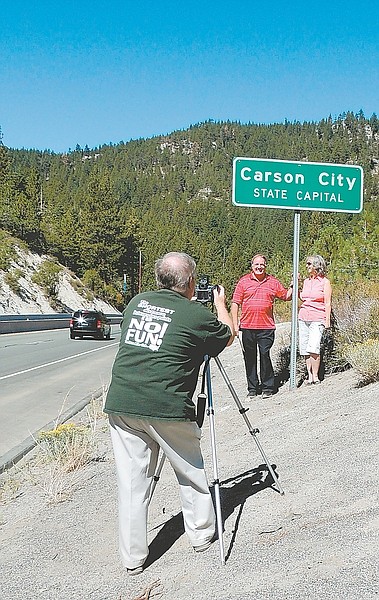 John Barrette / Nevada AppealJ. Stephen Conn and his wife, Karen, pose for a photograph taken by Oscar Voss. Conn completing his project of traveling to all U.S. counties by entering Carson City on Saturday.