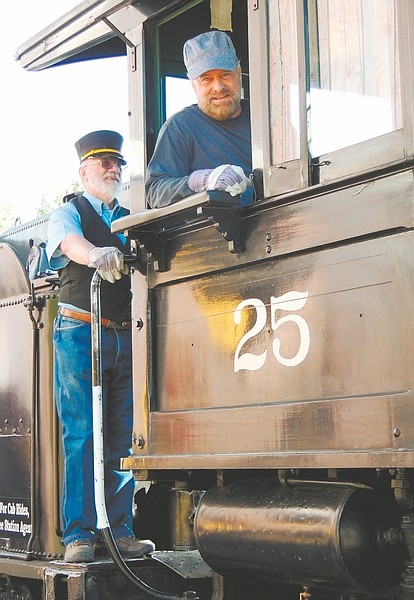 John Barrette / Nevada AppealRay Tolles became the engineer on Steam Locomotive No. 25 at the Nevada State Railroad Museum, flanked by conductor Russ Tanner, as he fulfilled a dream. His wife gave him the chance through a museum program, making it his 70th birthday gift.