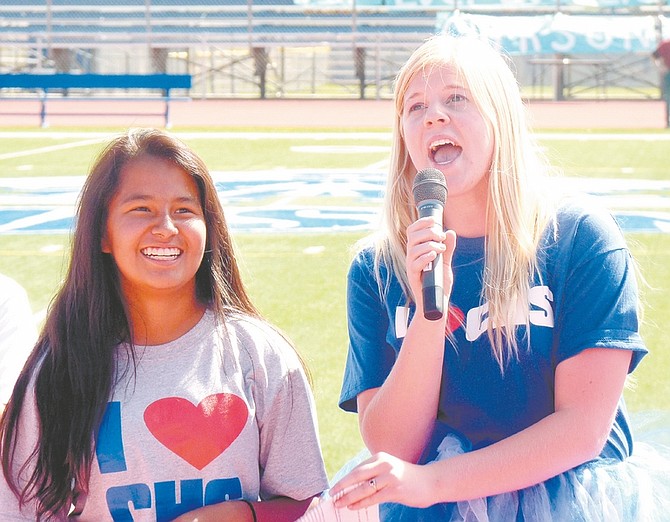 Photos by Teri Vance / Nevada AppealHannah Novak, right, explains to the student body that she and Lydia Lopez, left, will shave their heads if the community raises $3,000 for the Northern Nevada Children&#038;#8217;s Cancer Foundation by Homecoming. They will both donate their hair to Locks of Love.