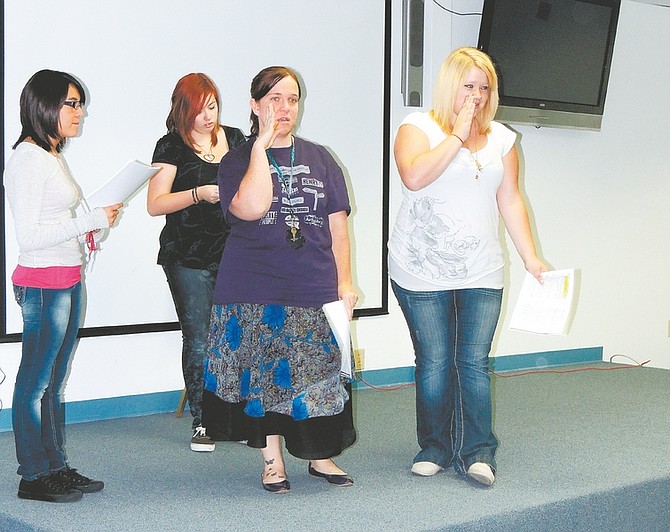 Photos by John Barrette / Nevada AppealAbbey Gardner, front, in dress, coaches Rosa Ramirez, left, Kendall Gilliam and Brittany Hooper during &#038;#8220;Snow White and the Seven Dwarfs&#038;#8221; rehearsal at Silver State Charter Schools, where it will be performed in the performing arts center.