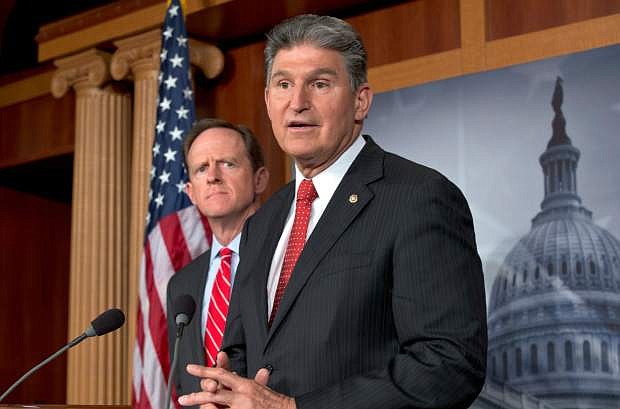 FILE - In this April 10, 2013 file photo, Sen. Joe Manchin, D-W.Va., right, accompanied by Sen. Patrick Toomey, R-Pa., announce that they have reached a bipartisan deal on expanding background checks to more gun buyers,, on Capitol Hill in Washington. The number of Republican senators who might back expanded background checks is now dwindling, threatening a bipartisan effort to subject more gun buyers to the checks. A vote on the compromise, the heart of Congress&#039; gun control effort, is expected this week. (AP Photo/J. Scott Applewhite, File)