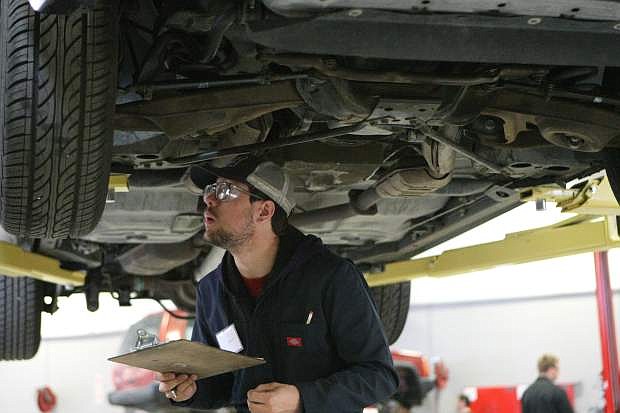 Lonny Delmue, a senior at Lincoln County High School, competes in welding at the SkillsUSA state competition at Western Nevada College on Thursday.