Eggs fry on pavement as China sizzles in heat wave 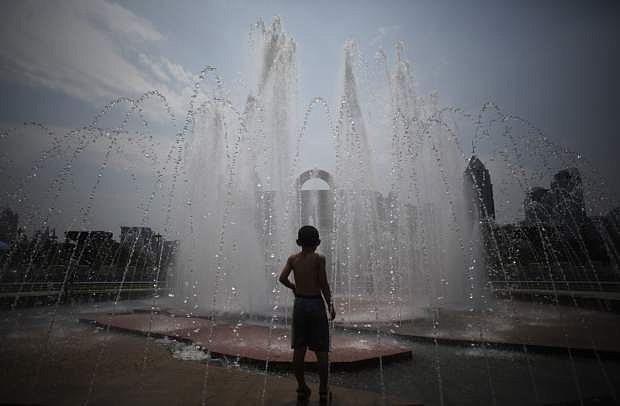 A boy cools off in a fountain at a park in Shanghai, China, Thursday, Aug. 1, 2013. Hot weather has set in with temperatures rising up to 40 degrees Celsius (104 degrees Fahrenheit) in Shanghai. (AP Photo/Eugene Hoshiko)