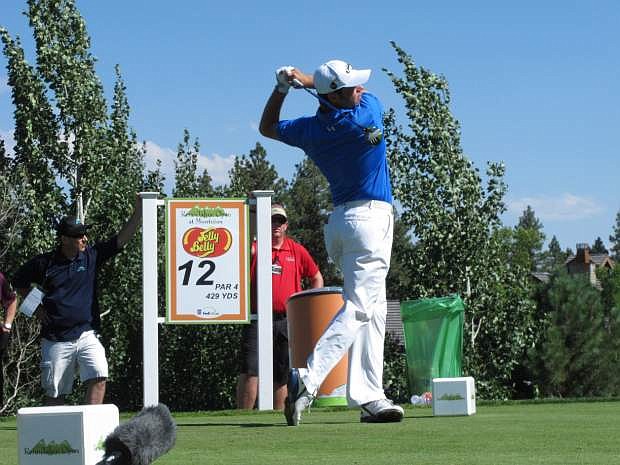 Gary Woodland hits his tee shot on the 429-yard, par-4 12th on Sunday Aug. 4, 2013 in the final round of the Reno-Tahoe Open at Montreux Golf Club on the edge of the Sierra Nevada. (AP Photo/Scott Sonner).