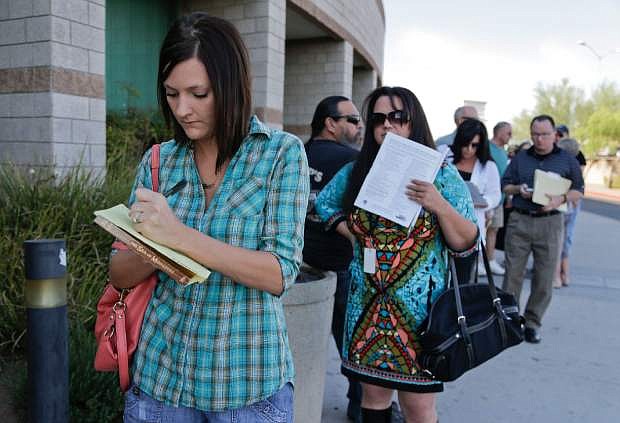 Waiting for doors to open, Las Vegas and Henderson, Nev. residents line up outside the Department of Motor Vehicles to renew vehicle registration and drivers licenses, Wednesday, Aug. 7, 2013, in Henderson, Nev. The Nevada state Department of Motor Vehicles is working on rules to determine what kind of residency paperwork will be accepted from tens of thousands of people who are expected to seek state driver privilege cards for the first time after Jan. 1. The state Legislature passed a law this year putting Nevada among several states letting people who don&#039;t have legal U.S. residency obtain driver authorization cards. (AP Photo/Julie Jacobson)