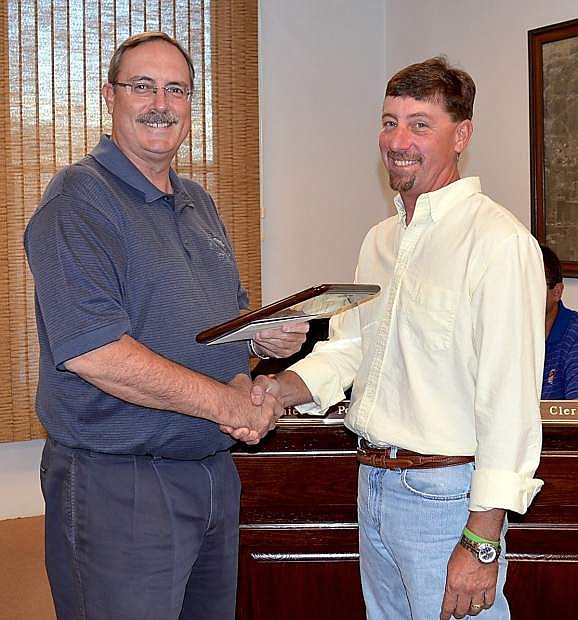 Scott Baker, right, receives congratulations from Mayor Ken Tedford Jr. as the city of Fallon Employee of the Quarter Tuesday.