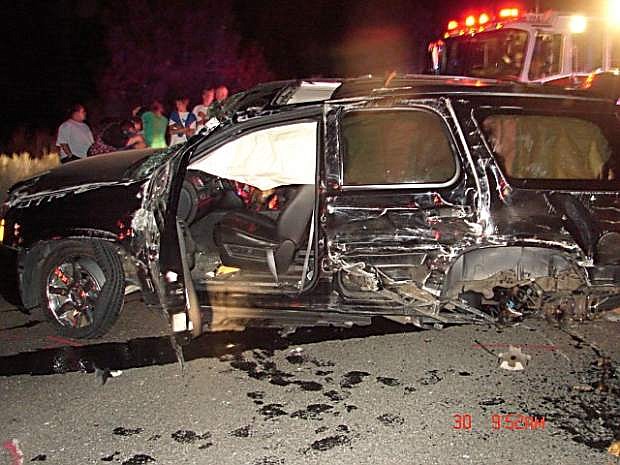 The wreckage of one of the vehicles involved in a three-car crash at Cave Rock is shown July 30.