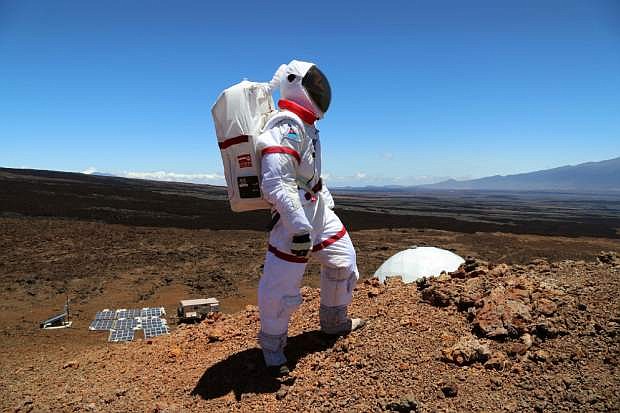 In this June 4 2013 photo provided by the University of Hawaii, research space scientist Oleg Abramov walks outside simulated Martian base at Mauna Loa, Hawaii. Six researchers have spent the past four months living in a small dome on a barren Hawaii lava field at 8,000 feet, trying to figure out what foods astronauts might eat on Mars and during deep-space missions. (AP Photo/University of Hawaii, Angelo Vermeulen)