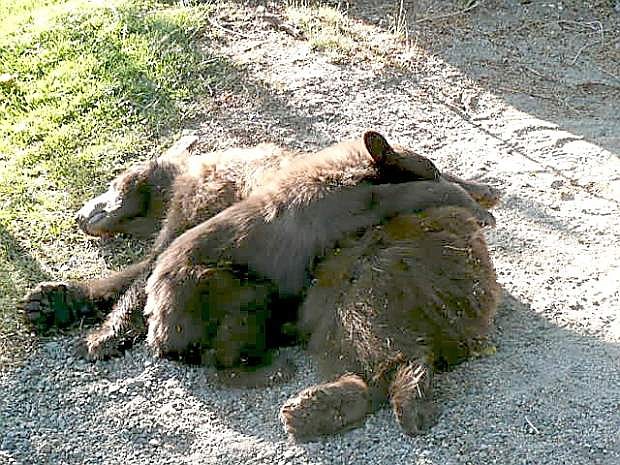 Two bears captured by the Nevada Department of Wildlife on Thursday morning.