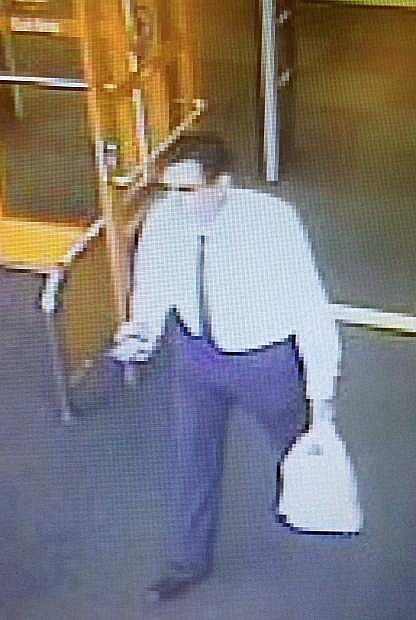 A man walks out of the Target with a bag full of iPads he purchased with a fraudulent credit card.