Egypt’s jailed ex-president could be released this week 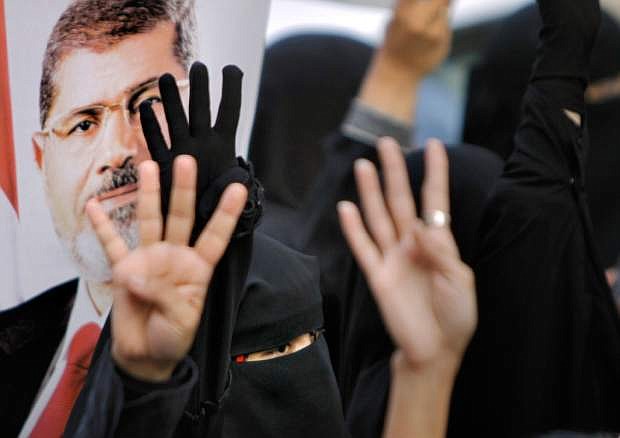 Supporters of Egypt&#039;s ousted President Mohammed Morsi, pictured, raise their hands and four fingers, a sign that protesters say symbolizes the Rabaah al-Adawiya mosque in Cairo that was cleared last week by Egyptian security forces, during a march in the Maadi district in Cairo, Egypt, Monday, Aug. 19, 2013. (AP Photo/Amr Nabil)