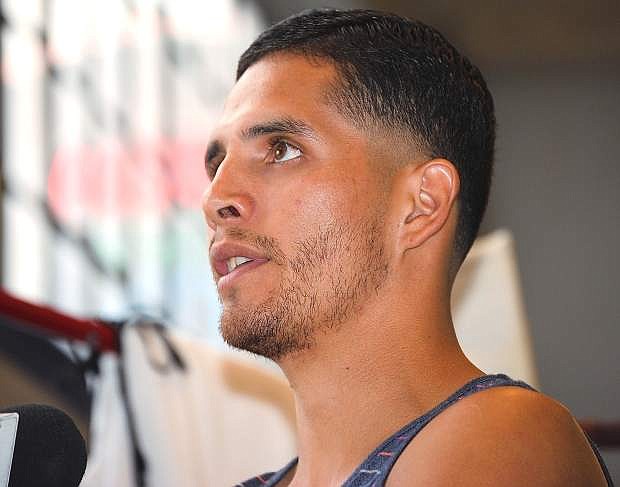 Reno&#039;s Oscar Vasquez gives an interview Wednesday at the 4th Street Gym in Reno during the Rural Rumble media day. The sixth annual event is at 7 p.m. at the Churchill County Fairgrounds.