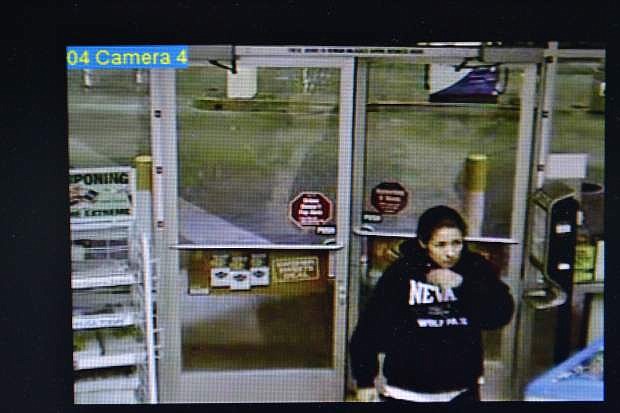 This is a surveillance image from Reno gas station where a victim&#039;s credit card was used to withdraw about $6,500 from an ATM.