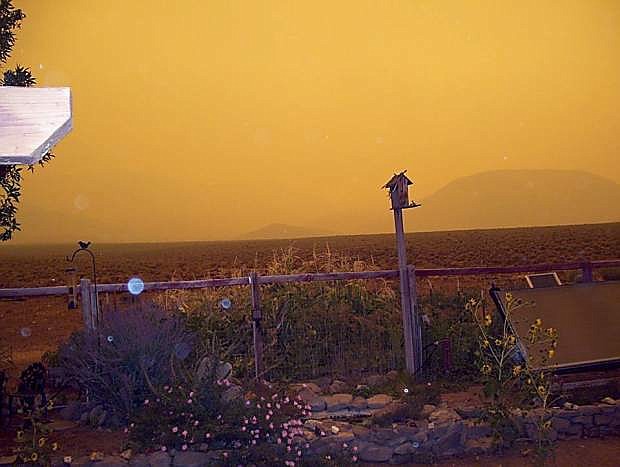 The sun is seen through the smoke from the Gardnerville Ranchos on Thursday afternoon.