First woman on NYSE dies from cancer at 80 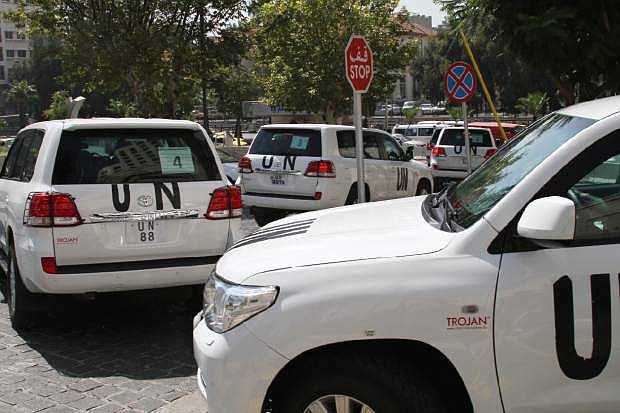 A U.N. team, that is scheduled to investigate an alleged chemical attack that killed hundreds last week in a Damascus suburb, leaves their hotel in a convoy, in Damascus, Syria, Monday, Aug. 26, 2013. An Associated Press photographer saw the U.N. members, wearing body armor, leaving in seven SUVs. It was not clear if the team headed to the suburb where the alleged attack occurred. (AP Photo)