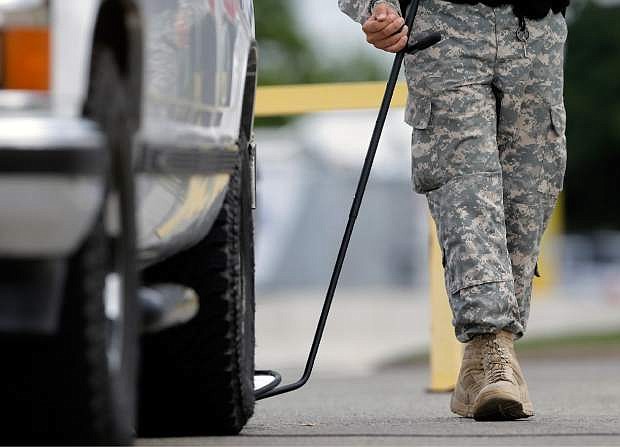 A mirror is used on a vehicle at a checkpoint to enter the Lawrence William Judicial Center as the sentencing phase for Maj. Nidal Hasan begins, Monday, Aug. 26, 2013, in Fort Hood, Texas. Hasan, who was convicted of killing 13 people in the November 2009 attack at Ford Hood, faces the death penalty as the sentencing phase of his trial begins Monday. (AP Photo/Eric Gay)