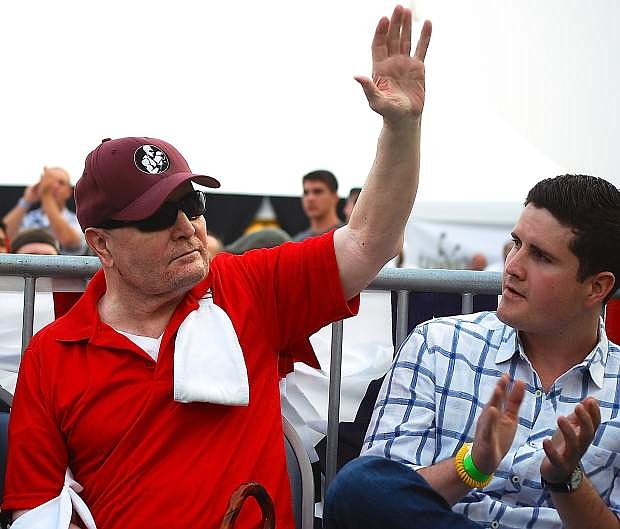 Mills Lane, left, acknowledges the crowd Saturday at the sixth annual Rural Rumble at the Churchill County Fairgrounds. Lane, a former boxing referee, was inducted to the Nevada Boxing Hall of Fame on Aug. 10 and was honored at the Fallon FIghts.