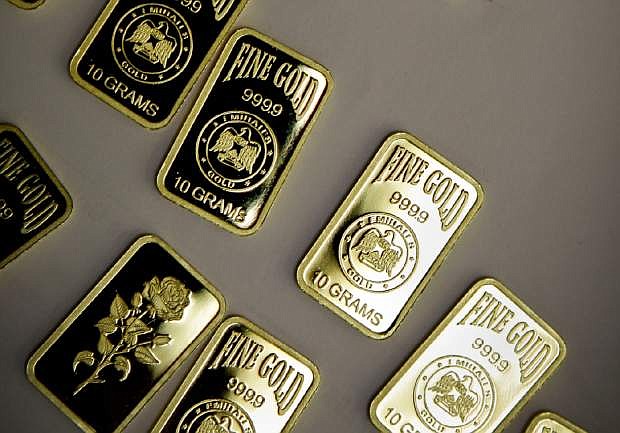 FILE - In this Tuesday Oct. 9, 2012 file photo, 10-gram gold bars with a purity of 999.9 that have been pressed and stamped with the &quot;Emirates Gold&quot; company logo, lie on display in Dubai, United Arab Emirates. Gold has surged 15 percent since sinking to $1,212 an ounce, its lowest level in almost three years, on June 27, 2013. A gain of 20 percent or more would put the metal back in a bull market. (AP Photo/Kamran Jebreili, File)