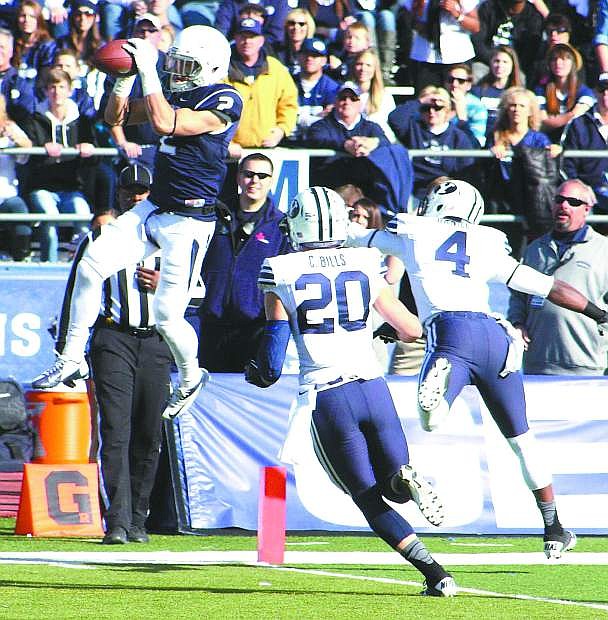 Nevada receiver Richy Turner hauls in a pass but does not stand in bounds during Saturday&#039;s 28-23 loss to BYU at Mackay Stadium in Reno.