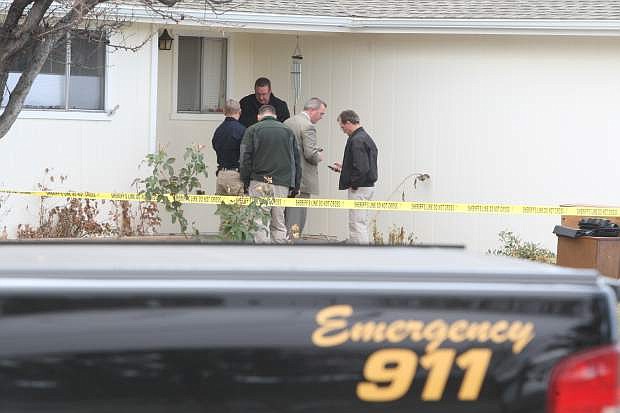 Douglas law enforcement meet at the scene of a fatal shooting on Toler Lane Monday.