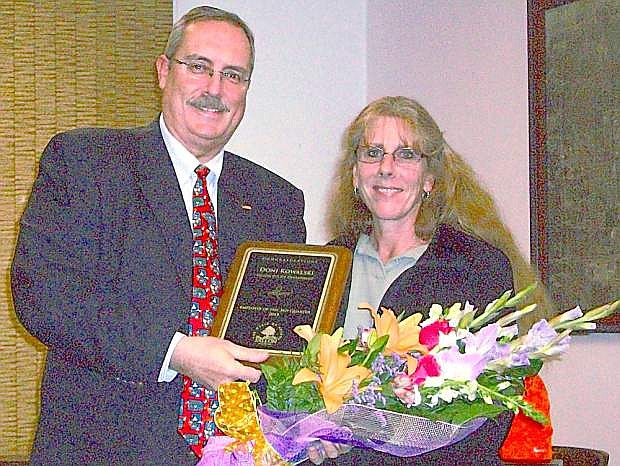 Mayor Ken Tedford Jr.congratulates Doni Kowalski, right, with a plaque and flowers for Employee of the Quarter.