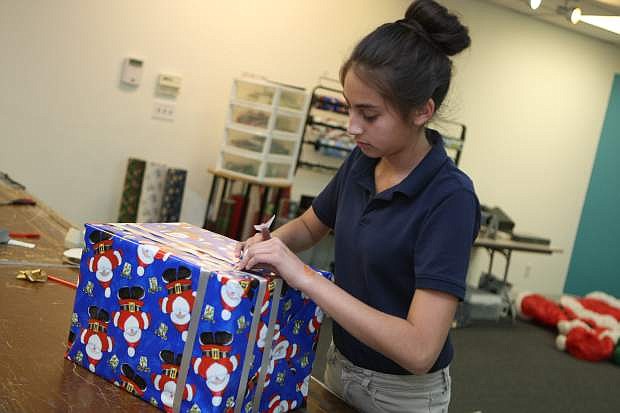 Twelve-year-old Paola Castro, a Rainbow Girls from Carson Assembly #7, wraps a Christmas present at the Carson Mall on Wednesday afternoon.