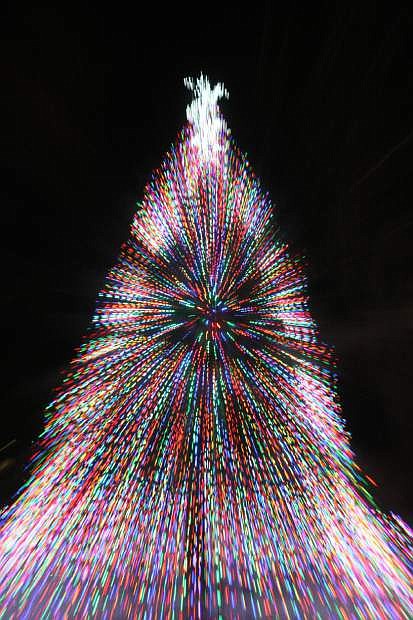 A lit Christmas tree on the Capitol grounds.