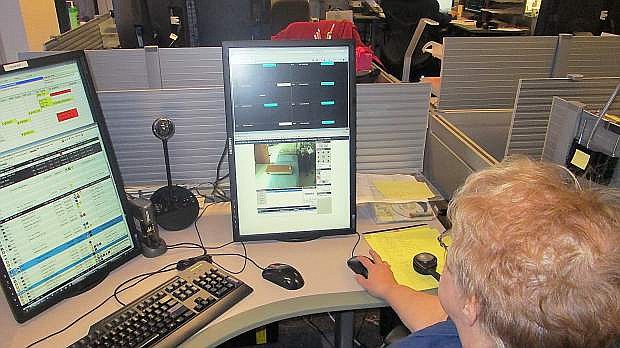 A nurse at the Banner iCare center in Mesa, Ariz., monitors an ICU bed at Banner Churchill Community Hospital in Fallon.