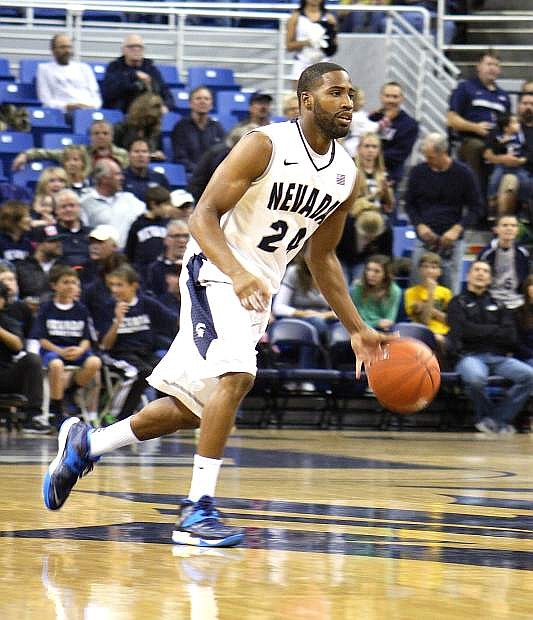 Nevada guard Deonte Burton dribbles the ball during a game this season. The Wolf Pack host Colorado State and Air Force this week at the Lawlor Events Center in Reno.