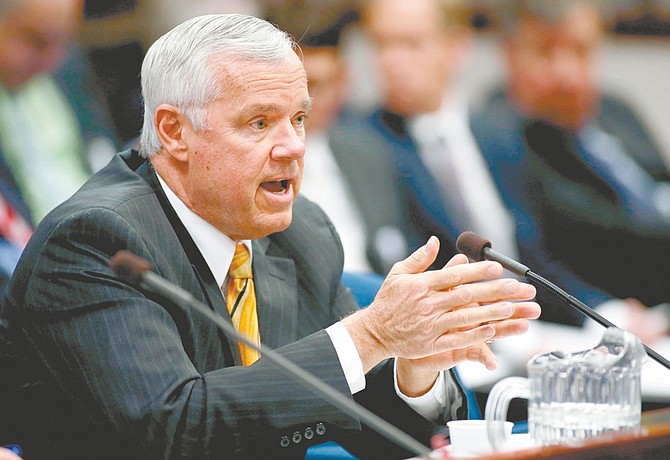 Dan Klaich, chancellor of the Nevada System of Higher Education, testifies in committee at the Legislative Building on Friday, Feb. 15, 2013, in Carson City, Nev. Lawmakers are sorting out the details of a new formula for distributing higher education funds to campuses around the state. (AP Photo/Cathleen Allison)