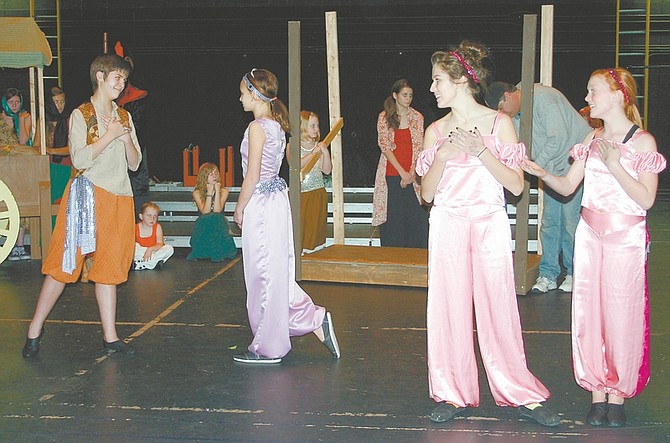 CourtesyJackson Jensen, left, as Aladdin rehearses with other cast members in a Youth Theatre Carson City production of &#038;#8220;Aladdin.&#038;#8221;