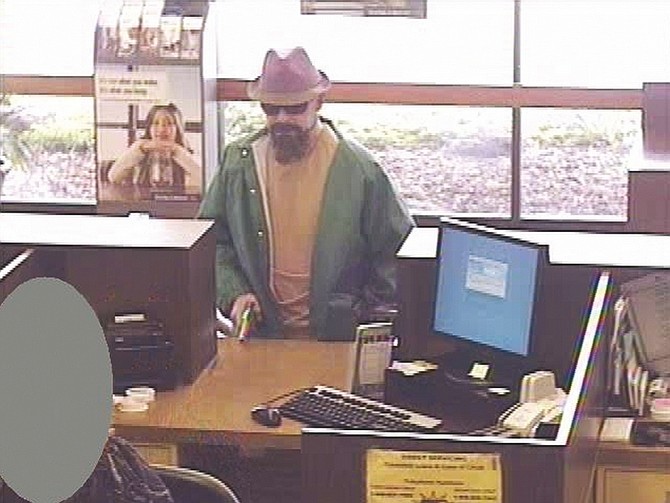 Tahoe Daily Tribune file photoThe Fedora Bandit, David Griffith Osborne, is shown at a Bank of the West in Gridley, Calif., in 2010. Osborne pleaded guilty to a string of heists, including the Gridley hold-up and two Lake Tahoe bank robberies, on Friday.