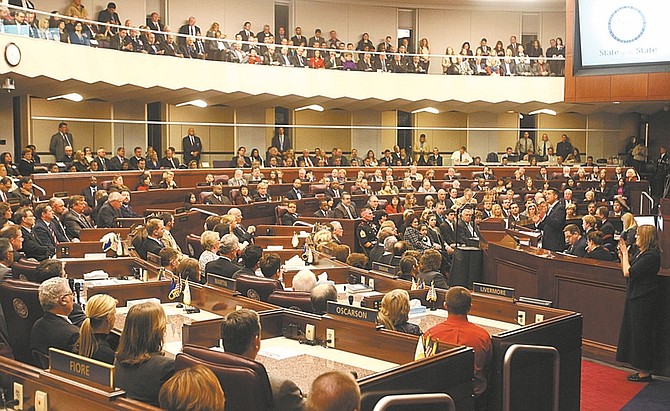 Photos by Shannon Litz / Nevada AppealNevada Gov. Brian Sandoval speaks at the State of the State on Wednesday evening.